Critically Endangered Swift parrots are the fastest parrot on Earth.They only breed in Tasmania’s native forests. At severe risk of extinction as logging in their breeding habitat continues.

In 2015 the International Union for Conservation of Nature listed the Swift parrot as critically endangered and recommended that all public lands that support Swift parrots be placed under secure, permanent conservation management. This has not happened.

Solutions to secure the survival of the Swift parrot

Immediate end to logging in all Swift parrot habitat.

End native forest logging Australia-wide, including in all Swift parrot habitat in NSW, VIC and Tasmania. 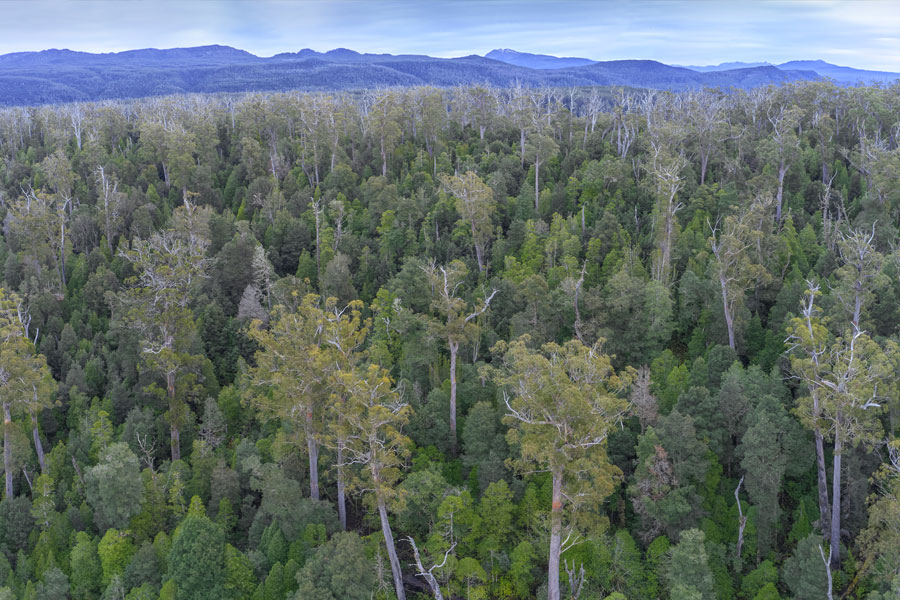 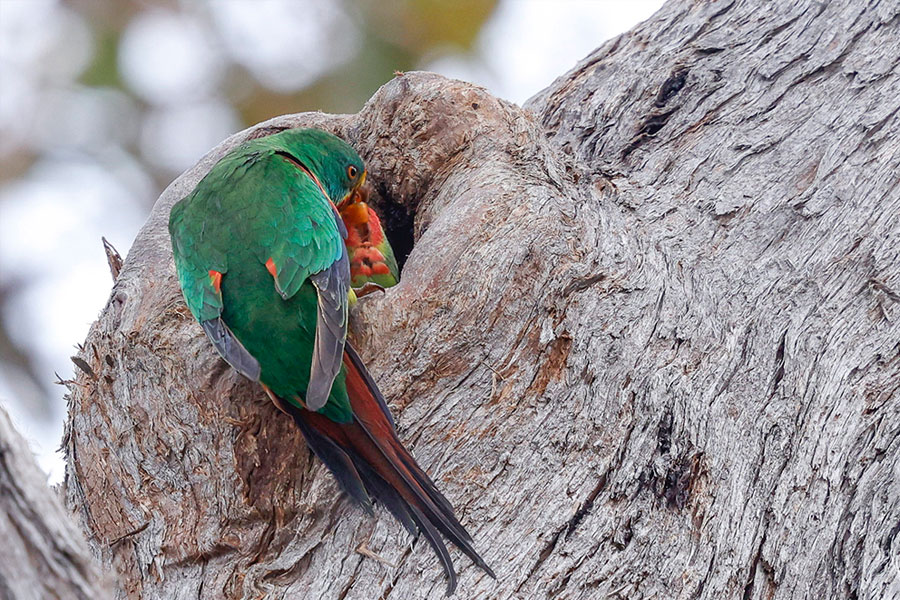 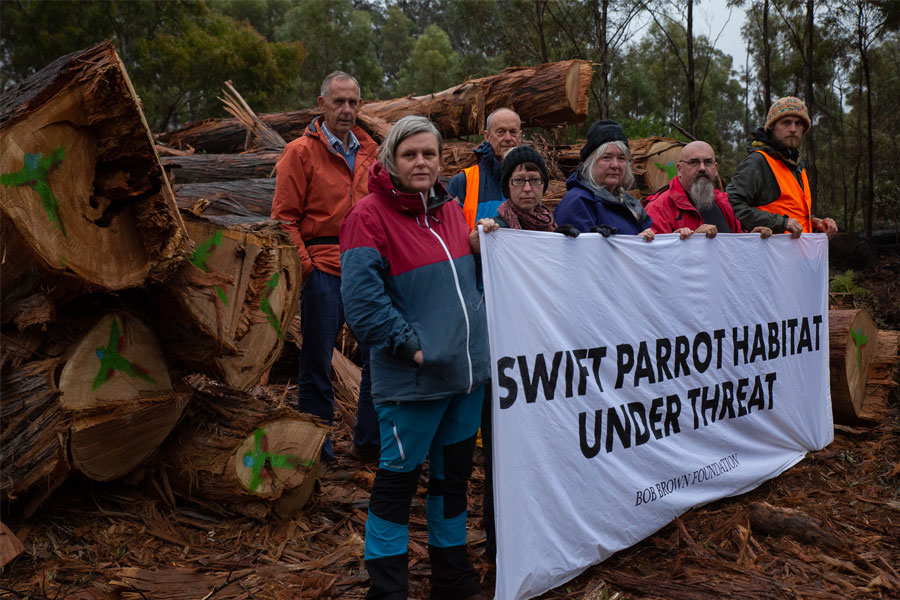 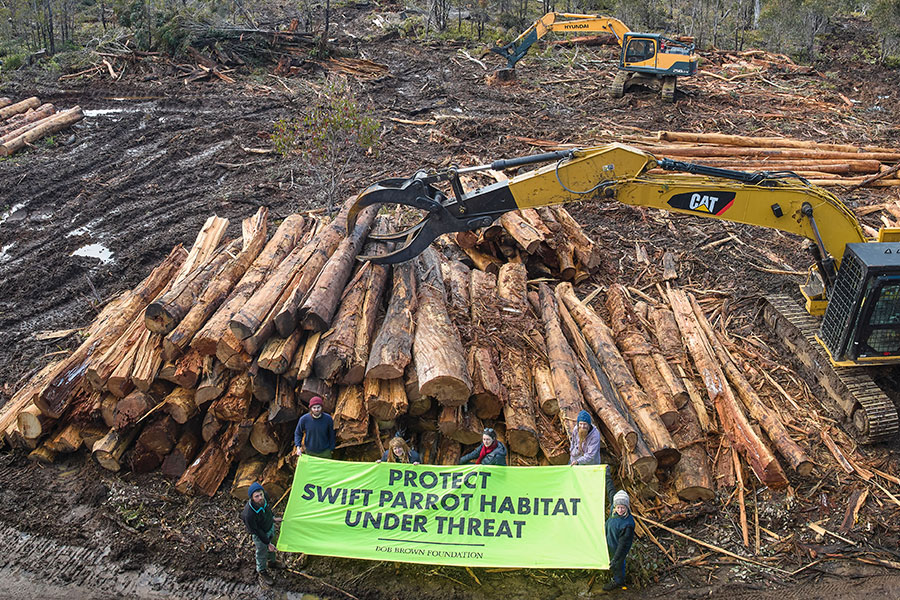 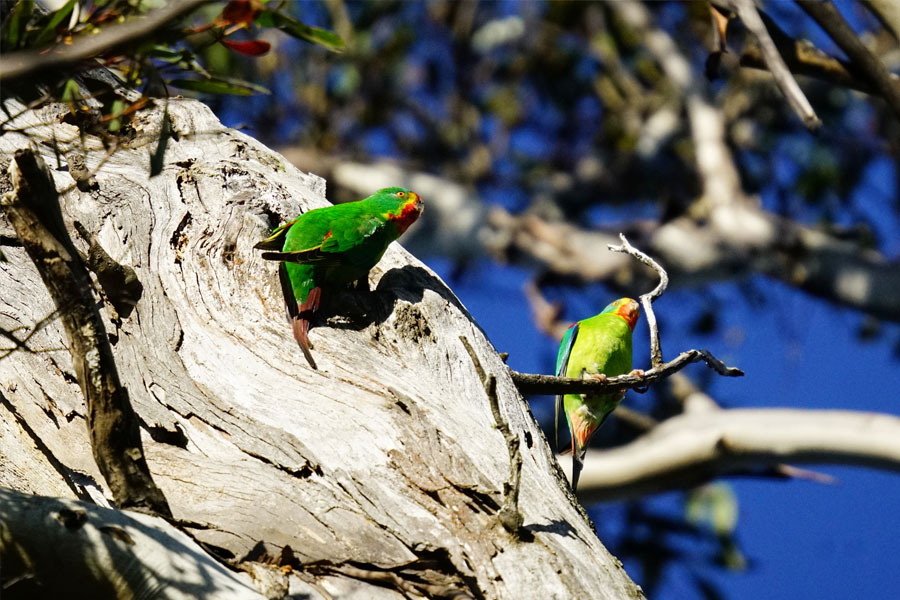 Our satellite surveillance revealed that more than 2 250 hectares of Swift parrot core range habitat logged since 2019.

Our satellite surveillance of logging in Tasmania has revealed that since June 2019, 2,250 hectares of Swift parrot core habitat on public land in Tasmania has been logged.

Join our citizen science project this summer in Tasmania.

Join us in surveying and documenting the presence of Swift parrots and their dwindling habitat in Tasmania.

This year will be partaking in surveys at the Eastern Tiers as Forestry Tasmania currently have plans to log 56 areas within these forests in the next 3 years. Forests that have been deemed essential by the IUCN for the survival of this critically endangered species and where the parrots are currently present. The data collected here will be presented to experts, who have been monitoring the Swift parrots decline for over a decade. This, along with assessing for destruction of forest and habitat.

If logging does not stop in Swift parrot breeding and foraging habitat today, the species will go extinct.

The critically endangered Swift parrot will not survive further destruction of these forests.

Prime Minister Albanese & Tasmanian Premier Rockliff need to declare secure, permanent protection across all Swift parrot habitat in Tasmania; in the southern forests, on Bruny Island and the east coast.

A migratory bird, the Swift parrot’s winter-feeding habitat in NSW is also being lost to logging and bushfires.

The Tasmanian, NSW and Federal Governments need to permanently end the logging of Swift parrot habitat and provide secure protection in conservation reserves.

The critically endangered Swift parrot will not survive further destruction of their forest habitat.

Native forest logging is the greatest threat to the Swift parrot.

Peer- reviewed research by Swift parrot scientists has estimated the parrot could be extinct by 2031 on its current course.

Native forest logging in Tasmania has removed much of their breeding and foraging habitat over the last thirty years. Every year the parrots make the trip north to feed for winter or south to breed, they have less and less habitat to return to.

In Tasmania, native forests in the southern forests, on Bruny Island, the eastern tiers, and Wielangta on the east coast are vitally important habitat for the Swift parrot.

Each year the Swift parrot travels to different areas to breed, depending on the flowering source of specific euclaytpus. Their destination changes every year.

Experts maintain that all currently available Swift parrot habitat should be retained and logged areas that have the potential to become habitat be allowed to restore.

We recognise First Nations as the custodians of land and water across Australia and pay our respects to Elders past and present. We acknowledge sovereignty was never ceded.

Bob Brown Foundation is funded by the generosity of people like you. Your support powers our campaigns to protect wild nature and take Action for Earth.

Are the coupes where active logging operations have been observed during 10/2022, which are inside the 'swift parrot core range' and / or a SPIBA / Interim SPIBA.

Are coupes which are planned to be logged according to the FT 3year logging plan (2021-2024), which are inside 'swift parrot core range' and / or a SPIBA / Interim SPIBA.

Are coupes which have been logged between June 2019 and August 2022, which are inside 'swift parrot core range'.